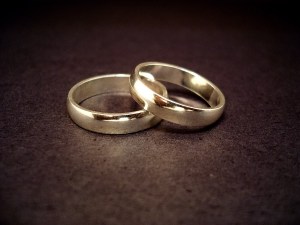 In case you missed it, #marriedpeopleissues was trending on twitter.  As someone who has been married for over ten years, I had to warn: “Married People, It’s a trap. Don’t chime in.”  And while I was joking, the truth is that Married People Issues are still, in some respect, a taboo topic. There seems to be two kinds of marriages:

And since most couples want to fall into the Perfect Marriage category, they are hesitant to admit if there are “Issues” that need attention.  Whether it’s finances, or physical needs, or communication, married people often won’t acknowledge that there is an area in their marriage that needs work.  Marriage counseling or guidance is often viewed as a resource for Troubled Marriages, so frequently, small issues that could be resolved easily fester until they become huge issues.

I think it’s because we all believe that marriage should be a fairy-tale ending. Once two people fall in love, then everything falls in place. There’s the wedding, the honeymoon, and then forever.  If it’s not effortless, fun, and easy, than we’re doing it wrong, right?  I disagree.  Many people in happy marriages admit that marriage is “work.”  It doesn’t have to be hard work, but having a successful marriage requires that you show up to your commitment and actively choose marriage every…single…day. It means learning, growing, and building together.
So, maybe talking about Married People Issues is exactly what we need to do.  Maybe we need to admit the fact that issues can and do exist in all marriages, and it’s not a bad thing.  Maybe we need a third category of Marriages: Human Marriages, where two imperfect people actively work to address real issues, without any stigma attached, and still choose to stay together.

View all posts by Alessandra Harris