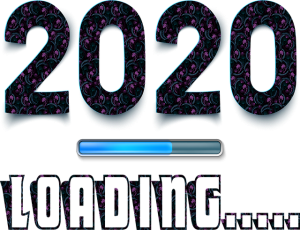 Have you seen or participated in all the end-of-the-decade talk? It seems like a lot of people on social media are recounting all their accomplishments over the past ten years and making huge goals for the next ten to come. I use social media to connect with people and try to avoid falling into the comparison trap, so I noticed myself avoiding a lot of it. But then I thought back to the beginning of 2010 and realized I had my breakdown three months into it. How could I possibly not praise God for everything he’s done in my life since then? At one time, I didn’t believe I would make it through 2010. To be flourishing going into 2020 is nothing short of a miracle. So, I started to write an epic end-of-the-decade blog post, but then it became exactly what I didn’t want to read from other people. So this will actually not be that. Instead, I’m going to discuss the biggest lesson I learned since 2010.

The word I’d use to describe the first decade of the millennium is family. I got married, had kids in 2002, 2004, 2006, and 2008, and was a stay-at-home mom (in addition to college student and part-time evening work). Though I absolutely adored my family, I started 2010 utterly burned out and frustrated. It seemed like all my friends and family were passing me by professionally. I had dreams and goals that felt completely out of reach. As I detailed in my post, Reaching a Milestone, after my breakdown, I was separated from my husband, no longer had custody of my kids, and didn’t have a career to support me. At one point my sister did a Google search for people who had a breakdown because she wanted me to know I wasn’t alone. Not much came up, and what did was bleak, further contributing to my despair and hopelessness. It felt like I had absolutely nothing left or to look forward to – like I had died.

The eleventh chapter of the gospel of John tells the story of the death of Lazarus, a friend of Jesus. Lazarus was the brother of Martha and Mary, who had held a gathering for Jesus in their home when Mary anointed Jesus with perfume. Jesus loved the three siblings. When Lazarus fell ill, the sisters sent word to Jesus. When Jesus hears the news, he says, “This illness does not lead to death; rather it is for God’s glory, so that the Son of God may be glorified through it.” After two days, Jesus and his disciples travel to see Lazarus. When they arrive, Jesus learns that Lazarus has been dead and in the tomb for four days. Martha meets Jesus and says, “Lord, if you had been here, my brother would not have died. But even now I know that God will give you whatever you ask of him.” Jesus says he is the resurrection and the life, and asks Mary if she believes that everyone who lives and believes in him will never die. Even in the middle of her hurt and disappointment, and before Jesus performs the miracle, Martha answers saying she believes Jesus is the Messiah, the Son of God. Jesus meets with Mary and is overcome with emotion and weeps. They go to the tomb where Lazarus is, and after praying to God, Jesus cries out in a loud voice, “Lazarus, come out!” Upon his command, Lazarus rises from the dead and comes out of the tomb.

The biggest lesson I’ve learned over the past decade is that I need Martha’s faith. She’d spent time with Jesus, heard his teachings, knew about his miracles, so she believed in him and his power. Even when Jesus didn’t show up “on time” and her dear brother had died, she still believed in him. When Jesus resurrects Lazarus, it’s not just for their family. John says, “Many of the Jews, therefore, who had come with Mary and had seen what Jesus did, believed in him.” Lazarus’s illness, death, the disappointment, resurrection: they were all part of Jesus’s plan to increase people’s faith in him.

Likewise, even though I had gone to church and prayed my whole life, attended Catholic school, and even earned a degree in Religious Studies, when my life fell apart at the beginning of the decade, I didn’t believe God could put it back together. Now I know my breakdown wasn’t to be the death of me, but to glorify God. To show people that regardless of the diagnosis, or how bad the situation looks, God can still work a miracle and bring forth new life even when it seems impossible. My word for this decade is renewal. I was given hope and a future, new appreciation for my family and friends, and new opportunities.

In the middle of the decade, after I signed my first book contract in 2015, my family had a celebratory get-together. I asked people’s opinions about sharing my experience of having a mental breakdown since I discussed mental illness in my book, Blaming the Wind. Reactions were mixed, but one person against the idea asked, “Do you want to be the poster child for mental illness?” Of course I didn’t, so I made the decision not to discuss it with anyone outside of my family. It wasn’t until my blog post, Reaching a Milestone, four years later that I openly wrote about it. I still didn’t – and don’t – want to be the poster child for mental illness. But, I am willing to be an example of God’s goodness and power. He rescued me from the pit of my despair. Not just to have an okay life. But so I could regain my health, resume my place as wife and mother, publish two books, hold down a job, earn another degree, and glorify God in the process. If someone googles a breakdown today, I want them to read about my journey and have hope.

Having Martha-like faith doesn’t mean you always get what you pray for. Over the past ten years, we’ve had health issues, a layoff, and other serious trials. But I spend a lot of time with Jesus, I know his teachings and miracles, and no matter what will come my way, I believe in him and his power. My mother-in-law passed away from cancer in 2013 followed by other family members, and we will never stop missing them. But even in death,  I believe those who have faith in Jesus will have eternal life.

I don’t know what my word will be for the 2020s, but I know I will bring my Martha-like faith with me into it. Wishing you a new year and decade that brings you blessings, joy, and faith!

View all posts by Alessandra Harris