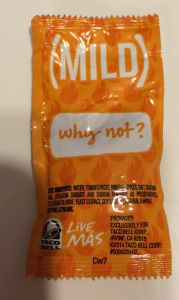 I love serendipitous events, and the real-life story of how I ended up signing with a publisher falls into that category for me.  I started writing my first novel f̶o̶r̶e̶v̶e̶r̶ ̶a̶g̶o̶ back in 2011.  At the time, with almost three years of article-writing under my belt, I thought writing a novel would be easy.  *Cue maniacal laughing now*  It wasn’t.  But after several online writing courses, in person classes, and critique groups, I had a finished novel I was proud of.

So, logically, I wanted to share the novel with the world, and based on my research figured finding a literary agent was the way to do that.  And while I’m sure that path works for many writers, after many heartbreaking rejections, I did not sign with an agent.

I know you’ve been waiting for it, so now is where Taco Bell comes in.  After a good year of querying, I was tired of rejections, and I decided to give up on the book.  I even wrote an entire different novel during NanoWriMo, and I figured, hey, maybe it’s just not going to happen.  But then I went to Taco Bell, picked up a mild sauce packet, and read the words: “Why not?”  Now, for anyone else, they would have squeezed the sauce on the burrito, tossed the wrapper, then went on with his or her life.  But see, what I haven’t mentioned is that my novel was tentatively titled “Why Knot?”

At first, I felt that the universe was taunting me.  The sauce packet was a cruel reminder of what I’d given up on.  But then, I decided I’d use it as motivation.  Give it a last shot.  Afterall, I loved this story.  The characters were like my friends that were so cool I wanted to introduce them to everyone.  I’d toiled for years and invested money to make this novel a reality.  No, I wasn’t going to give up.  I was going to try something new!

So, I decided to research small presses.  Shortly after, I submitted to Red Adept Publishing.  It was three long months of endless email checking, but when I got “The Call” offering representation, I was elated.  It’s been a great journey so far, and I’m looking forward to the road ahead.  But more importantly, I’m happy I made that trip to Taco Bell.

Writers often talk numbers at the end of these type of posts.  So here are mine.

Bottles of Wine Consumed: So many AA might give me a call if I answer truthfully

Knee Pads Bought: Too many as I prayed for this story to come to light

Times I would do this process again: Infinity and beyond if I end up where I am now

Alessandra is an author of two novels, married to a great guy, and mom of four. She has degrees in Religious Studies and Middle East Studies. Alessandra loves to encourage people by spreading the Good News, and raise awareness about mental health.